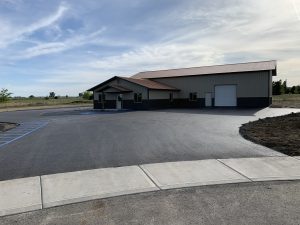 X-Ray Support, Inc., now doing business as ImageMax, Inc., began in 1985 servicing and maintaining every brand of x-ray film processor.  We quickly grew to over 400 dental offices all over the Pacific Northwest.  After years of seeing first hand the problems and frustrations dental offices were having with roller and track-based film processors, it was clear that it was time for a new approach.  Introduced in 1995, our new ImageMax™ film processor was based on a very different concept.  ImageMax doesn’t move the film, instead it moves the solutions.  It has been sold to dental offices in all 50 states, Canada, Mexico, UK and Brazil.

Over the years, ImageMax has grown far beyond having only our unique ImageMax film processor.  We have our own high quality chemistry and x-ray film that compares to CareStream (formerly Kodak).  We also have an LED based, non-shadowing, portable safe light called SafeStik™ and a service that picks up your used fixer called FixAway™.  In late 2011, we introduced a new Instant Film Digitizer called QuickShot™ which allows your dental office to get the benefits of digital without the huge expense and cost!  We have many other items and are adding new products all the time.

At ImageMax, our goal is simple, make working with x-ray film easy by providing the highest quality, most inexpensive x-ray film & supplies while saving the dental community time and money with our unique x-ray equipment.

What Our Customers are Saying

ImageMax has allowed our office to consistently produce excellent radiographs without artifacts. Images are crisp and clear and allow me to diagnose without hesitation.

We no longer lose films and they never smudge or streak. I like the machine so much that I bought a second machine for my busy practice. The technical support has been superb.

ImageMax is the gold standard of the dip tank with less mess and maintenance than the automatic developer.

I never had purchased an automatic processor because I had thought the design and maintenance was not anything I wanted to deal with. When I saw this machine I bought it immediately!

Great looking films – very sharp! No scratches or spots – I’m Thrilled! I’ve been very impressed with the “brains” of this machine – totally automated and self-maintaining. What a great idea! I will recommend this machine to anyone!

The film quality is excellent, even duplicates look like originals.

Quality of film rivals that of a dip tank… maintenance time is decreased. My lead assistant is very happy because she no longer has to spend time on the developer cleaning, watching for solution changes, and cleaning up messes.

The machine’s best quality is that it follows to the letter the directions of the x-ray film company suggestions for the best quality x-ray.

The self-cleaning features are so time saving! ImageMax is awesome! The technology is far better and much more advanced than our old product.

ImageMax quality is superior compared to our old processor!

We are very pleased. Cleaning and maintenance on the ImageMax is easy and quick.

There is no comparison. This technology is miles ahead of the competition!

The ImageMax is small, self-contained and requires NO plumbing. No muss. No fuss. No problem. I love the machine!

No lost films Ever! Hurray! This was a constant problem with our old processor.

The ImageMax is faster, less messy and more efficient than our old processing. We do not have any lost films as opposed to the past where they would drop off the racks. Since the ImageMax is basically self-cleaning, it is very cost effective. With it being less messy the only cleaning is the ImageMax, not the whole lab area. The company has stood behind their product. We are pleased with the performance and the support of the product.

We tried two other machines before we purchased the ImageMax. The other machines left marks on the films. We never lose films with the ImageMax and there are no rollers to clean. There is no warm up time and the machine shuts itself off when not in use. We can use any size film in the processor and the quality is great.

Superior image quality and ease of use. We are very pleased.

Much easier to change chemistry and water. Virtually no mess at all. I think it is a huge step forward in film developing, nothing touches the film during processing, good product. I will continue using the machine for as long as I use conventional films.

We are pleased with the clear, flawless images we receive with the ImageMax developing system. We feel we are able to detect areas of disease that may otherwise be overlooked. We love the fact that there are no rollers to clean or repair. This saves us time and money. Cleaning the ImageMax is so easy and fast we don’t have to schedule time out for this task. We are impressed with the technology of the unit. Having chemistry, temperature and time automatically adjusted takes the guess work out of developing x-rays.

We love not having to clean rollers, we have never lost a film and had no problem with temperature. We love the “zero” maintenance, self-cleaning feature.

Been in practice 23 years. Fought with roller machines 21-½ years. This machine is like a dream come true. I recommend every office throw away their rollers and purchase the ImageMax!

I have been using automatic film processors for about twenty-five years. ImageMax produces the most consistent, cleanest and clearest film I have seen.